We have years of experience caring for families from all walks of life, cultures and faiths. Our unsurpassed staff and our family provide kind, caring, professional service. Each family comes to us because they know we are leaders in our profession who are dedicated to excellence in service, adhere to the highest funeral industry standards, and have exceptional integrity. We consistently earn phenomenally high customer satisfaction survey results.

Our licensed, professional staff is here for you 24 hours a day, 7 days a week. Please call 239-592-1611 anytime. We will even come to you to make arrangements in the comfort of your home.

Prompt, compassionate service is always just a phone call away, where and when you need it. 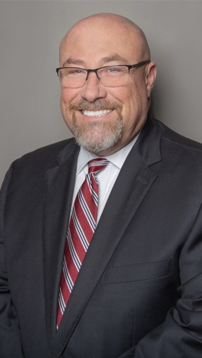 Kim M. Borselli was born in New Jersey and grew up working and managing funeral homes around the state. In 2001 he and his family moved to Broward county Florida where he managed cemeteries and funeral home in Broward and Dade Counties.

In 2014 he came to Naples, Florida as managing Partner for Fuller Funeral Homes.  His three children still reside in Palm Beach county attending college. Kim is a member of the Naples Italian American Club Foundation, Greater Naples Chamber of Commerce, the Naples North Rotary Club, the Collier 100 club. Kim also is an active member of the Nightingales Nurses Tribute Society and sits on the Board of Directors of the Avow Hospice Foundation.

A member and treasurer of St. Agnes Knights of Columbus council 14202, also a member of the Color Core and fourth degree assembly # 3084. 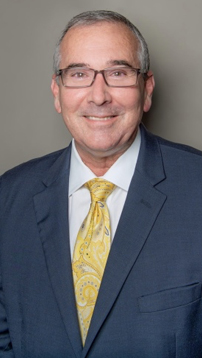 Jeff was born in Cincinnati, Ohio and moved with his family to Naples, Florida in 1961. A 1976 graduate of Lely High School, he enlisted in the U. S. Navy, where he trained as a Hospital Corpsman and Aerospace Medicine Technician. For the next 22 years, Jeff held a number of positions at various military and non-military locations worldwide: the American Embassy, London, England; Office of the Attending Physician to Congress, Washington, DC; the Navy Flight Demonstration Squadron (The Blue Angels); Naval Hospital, Guam; Naval Aerospace & Operational Medical Institute, Pensacola, Florida. Jeff retired from the Navy in September 1998, having attained the rank of Chief Petty Officer.

Following graduation, Jeff returned to Naples and affiliated with Hodges Funeral Chapel while completing Florida state licensure requirements. He received licensure as a Florida state funeral director and embalmer in March 2001. Recognizing growth potential, he moved to Milford, Ohio in April 2001 and received licensure as an Ohio state funeral director and embalmer in May 2002. Jeff returned home to Naples in September 2005 and affiliated with Fuller Funeral Home. He holds the professional designation of Certified Funeral Service Practitioner (CFSP), is a certified crematory operator, a member of the Academy of Professional Funeral Service Practice (APFSP), and a member of the Naples (downtown) Kiwanis. Jeff and his wife, Debra, have five grown children between them and reside in Naples. 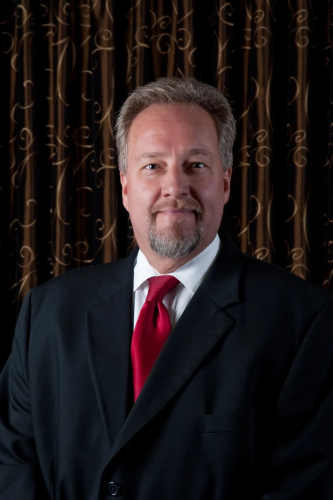 Todd grew up in Staten Island, NY and moved to Naples after graduating from mortuary college in 1979. He started his career with Hodges Funeral Chapel where he met his wife, Marcia. They both shared such a passion for helping families that they decided to open Muller-Thompson Funeral Chapel in 1996. They have two sons, Andrew and RiLee. Todd's family which includes his mother, Gladys and sisters, Susan and Cindy live in St. Petersburg, FL. 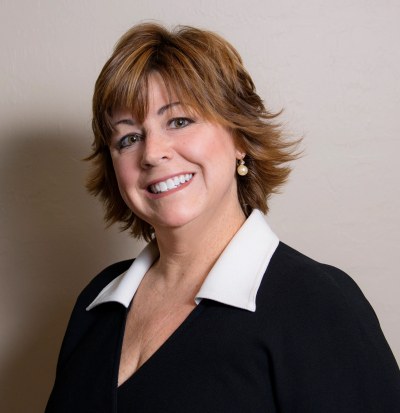 Marcia grew up in Naples and had always wanted to become a funeral director. She graduated from Wayne State University in Detroit, MI with a Bachelors Degree in Mortuary Science. She met her husband, Todd, in 1990 while working together at Hodges Funeral Chapel. With the love they shared for helping families they opened Muller-Thompson Funeral Chapel in 1996. They have two children, Andrew, who is 5 and RiLee who is 4. They love to spend time boating and visiting with family. Marcia has a large family here in Naples including her parents, Richard and Beverly Stearns; brothers, Scott, Brad and Randy and many nieces and nephews. Her sister and best friend, Marianne Stearns Self, her husband, Bill and four children live in Oviedo, FL.

Michael is a Licensed Funeral Director and Embalmer in Florida, Maine, and Kentucky. He began his career in funeral service in Indiana in 2008 while attending and  graduating from MACFS in 2010. Here he serviced families in both Indiana and Kentucky before relocating to Central Florida. After almost a decade in Orlando, FL his family decided to relocate to Portland, Maine in 2020. Michael and his family are now in Naples and are looking forward to spending time with their two Dalmatians on the beach and local parks. 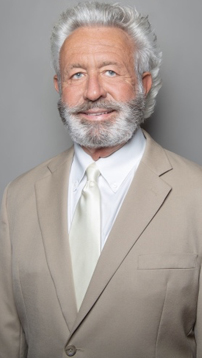 In 2001 he and his wife Susan moved to Naples, Florida. Philip remained in the funeral business and in 2018 he joined Fuller funeral home as our Pre-planning specialist. Phil and his wife live in North Naples and are members of St. Agnes Catholic Church. 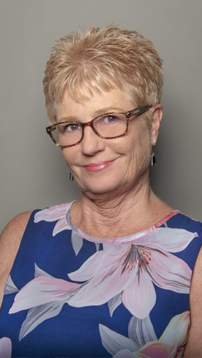 Debra was born on the Naval base in Guantanamo Bay, Cuba and grew up in small towns in Indiana, Pennsylvania and Illinois. She moved from Chicago to Orlando, Florida in 1996 where she worked in the corporate accounting department for a day labor service. In 1999, Debra moved to Naples and affiliated with Hodges Funeral Chapel. It was there that she met her husband, Jeff.

In April 2001, Debra and Jeff moved to Milford, Ohio where they worked until returning to Naples and affiliating with Fuller Funeral Home in September 2005.

Debra has a daughter, Valarie, and 2 grandsons, Austin and Teagan, who live in Texas; two sons, Michael who lives Denver and Carmie who live in Naples; and two step-sons, Kevin and Greg. 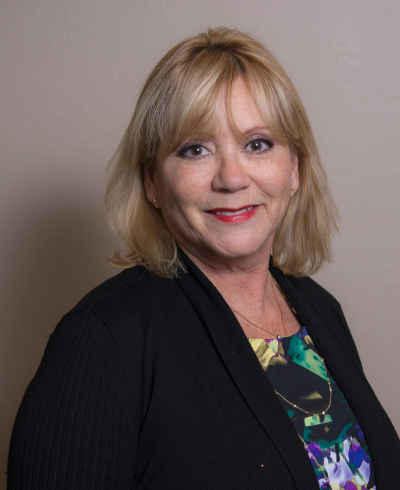 Betty J. Baumann joined Fuller Funeral Home in September 2015.  Previous accomplishments include Paralegal (California), Realtor (Utah) Insurance Agent (Florida).  A proud mother of two (Bailey and Billy), bilingual (Spanish) and a veteran of the U.S. Air Force.  I enjoy my work at Fuller Funeral Home – Pine Ridge and helping families cope with the passing of their loved ones. 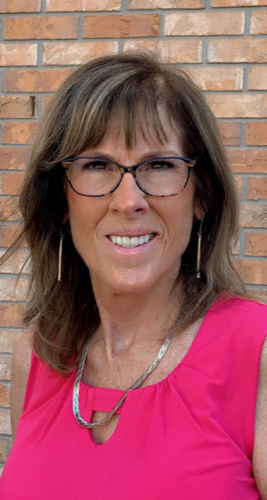 Originally from a small-town northeast of Detroit, Karen came to Naples Fl after earning her Masters degree in Accounting.  Karen has been a Controller for a Cargo airline, a comptroller for city government, and an Accounting Manager for a health management system.

Karen has two daughters, and 4 Grandchildren.

After 25 years in the accounting field, Karen came to Fuller Funeral Home where she is an office coordinator, and assists families in their time of need. 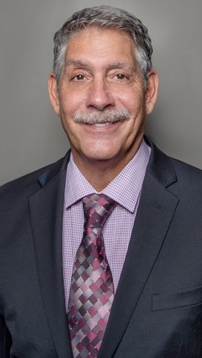 Frank was born in Youngstown, Ohio and moved to Naples in, 2007. “My goal was to retire in paradise, but I decided why wait for retirement, do it now”.

Frank a cosmetologist was active in the Hair Industry as a salon manager and color educator for a major hair coloring company, before moving to Naples.

While working at Fuller he also works as a Certified Nursing Assistant for a Home Health Care Company.

When not working Frank enjoys the beach, the sand and the water.  “Life is better when there is sunshine, it puts a smile on the faces of people.”

Jessica is an apprentice embalmer/funeral director with Fuller Funeral Home.  She was born and raised Naples, Florida, and graduated with a Bachelors in Forensic Studies with a minor in Biology from Florida Gulf Coast University. She is currently starting the process of obtaining a bachelors in Mortuary Science to become a licensed Funeral Director and embalmer.  She enjoys traveling, and always has a story to tell those who love to listen.  She resides in Naples with her family, 3 cats and 2 sugar gliders. 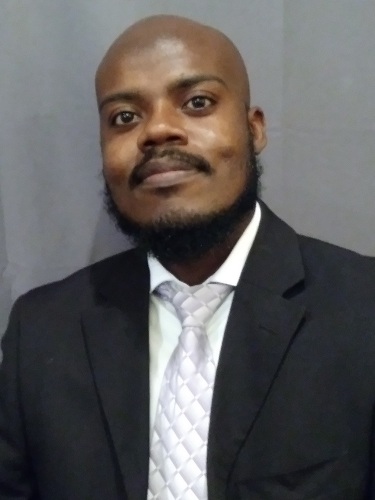 John is fluent in English, Creole and French.

He is a member and Sunday School teacher at the Haitian Independent Church of God in Naples, Florida.

He is married and is a father of one daughter.

John works full time as a Suture Operator at Arthrex and as an Ambassador at Fuller Funeral Home since March 2015. 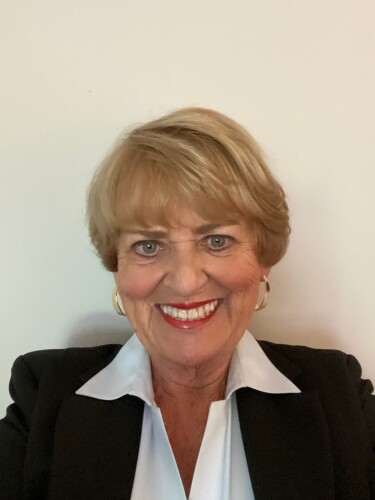 I was born in a small town in Northwest Pennsylvania.  I moved with my husband to Indiana in 1977 where I was a real estate agent from 1995-2005.  In 2011, I moved to Florida full time with my husband, Tom.  We have been married for 54 years and we have a son, Christopher, a daughter, Lisa and six grandchildren.  I am an active member of Saint Agnes Catholic Church and I also belong to the Columbiettes at Saint Agnes where we prepare meals for people in Immokalee several times a month.  I enjoy being around people and helping those in need. 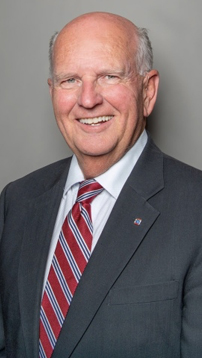 Tom was born & raised in NW Pennsylvania. He worked as a licensed Funeral Director & Embalmer in that area for approximately 10 years.

Tom joined Fuller Funeral Home as a funeral assistant in 2010, after he retired from his Plastic’s machinery business in Indiana & moved to Naples.

Tom is married to his wife Judy for 51 years & has 2 grown children & 6 grandchildren.

He is an active member of St. Agnes Catholic Church & St.Agnes KofC.

Tom is also a CDD board supervisor & active resident in the Esplanade Golf & C. C. neighborhood. 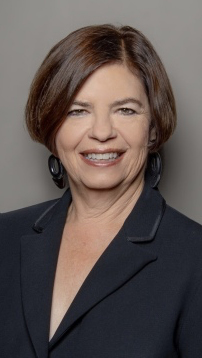 I am originally from the Midwest. Funeral service has been a part of my life helping design and work in a funeral home that I was part owner. In 2008, after being a Snow Bird for several years, I decided to relocate here to the Naples area. Like most, I enjoy what the warm climate here has to offer. I am a golfer and love the beautiful courses Southwest Florida offers. 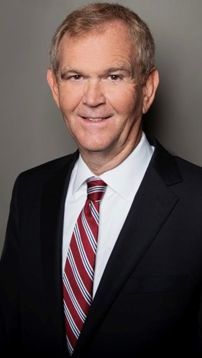 I grew up in Monett, Missouri which is a small town in the southwest part of the state. After high school graduation, I attended Missouri Southern College in Joplin, MO. After college, I moved to Tulsa, OK where I lived for nearly 30 years. That is where I met my wife, Brenda and we have been married since 1999.

I had a full time career in the men’s clothing retail industry for over 42 years. During that time, I was very fortunate to have worked for several outstanding family stores. Because I enjoy giving good customer service, I thoroughly enjoy assisting families in their most difficult time of grief at Fuller Funeral Home. 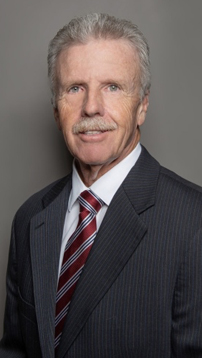 Michael was born in Ealing, England and moved to New York where he lived for 18 years. He graduated from Creighton University in Omaha, Nebraska with a Bachelor of Arts. He spent 45 years in the retail automobile business as a sales manager and general manager. He later retired and moved to Naples, Florida. Some of his hobbies include golf, biking, and reading. He is a member of the Knights of Columbus, St. Agnes Church. 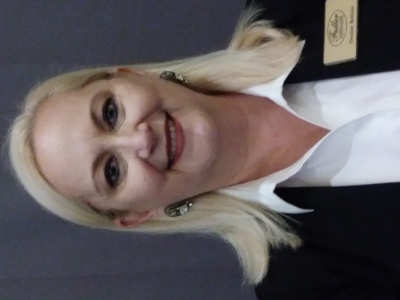 Denise was born in Mobile, Alabama and raised in New Orleans, Louisiana.  She lived in Jacksonville, Florida and currently resides in Naples, Florida for over 25 years.

Founder and CEO of Denise Carol Modeling Inc. in Jacksonville, Florida for over 22 years, she graduated from Jones College with A.S. Degree and Florida State College.  Denise left the fashion modeling business and moved to Virginia Beach, Virginia where she attended Regent University.  Denise holds a Master of Divinity and Masters of Arts in Pastoral Ministry from Regent University as well as… four units of Clinical Pastoral Education from Naples Community Hospital.  For over 20 years, she has served as an On-Call Chaplain at Naples Community Hospital and was the Volunteer Chaplain Coordinator for Physician Regional for over 9 years.  As a minister, she serves the community as a chaplain with a background in Senior Living, Hospice, and Funeral Service.

In 2017, Denise received her Florida State License for Advanced Funeral Planning. She enjoys meeting with families, as they plan their life’s celebration.

About Us
Testimonials
Meet Our Staff
In Our Community
Our History