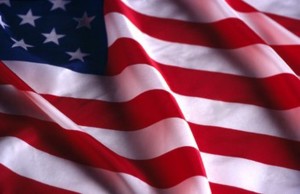 Last week, the world lost one of the good ones. On Tuesday, March 17, 2020, Harry J. Hatch, loving husband and father of two children, passed away at the age of 85.

Harry was born on April 24, 1934 in Northampton, Massachusetts to Horace and Ethel Hatch. He grew up in Easthampton with his sister Margie and his brother Ritchie. After a hitch in the Army, he became a teacher, met Ruthie, the love of his life, and moved to Providence, Rhode Island. He taught for three decades and chaired the English Department at Cranston High School West. Selflessly dedicated to his family, he was an active member of the East Greenwich Yacht Club, Warwick Heights Tennis Club, Warwick Figure Skating Club, and the Giovanni XXIII Youth Soccer Club. An avid sailor, biker, and tennis player, he believed keeping your eye on the ball was just as good advice for life as it was for sports. He was the nicest, kindest, and most even keeled person one could know, unless he couldn’t find the peanut butter. After five years at Marshall Contractors in East Providence, Harry and Ruthie moved to the warmer climate of Naples, Florida, where he steadily improved his tennis game and remained the luckiest cribbage player ever to draw a double run. Always generous and compassionate, he was a Literacy Volunteer for 17 years.

Harry is survived by his wife Ruthie, daughter Rebecca and son-in-law Ken Purnell, two grandchildren, Lucas and Claire, son Peter, sister Margie and brother Ritchie. If there is a Narragansett Bay in Heaven, and how could there not be, Harry right now is at the tiller of his Sea Sprite on a broad reach towards Jamestown.

Flowers and donations may be sent in his memory to a favorite charity.

To plant a tree in memory of Harry J. Hatch, please visit our tribute store.