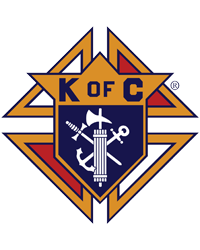 James Paul Banks passed away Sunday May 30, 2021. Born in Queens, New York, to his parents Thomas F. Banks & Josephine V. Cassidy A U.S. Army veteran of the Korean Conflict. James was a N.Y.C. Police Department Gold Shield Detective,he retired in 1987 and moved to Naples, Florida. He is preceded in death by his wife Claire A. nee; Weigold in 2013. Surviving are his sons Thomas F. Terri Elias) and  and Michael (Marcia Munoz) and daughter Debora Friend (Peter).

His sisters Anne Overton and Mary Ellen Caroleo. Predeceased by his brother and sister Thomas Banks and Catherine Pasqualone.

He was a brother in law to Carol (Weigold) Caputo, Arthur Weigold (Michele), Anthony Caroleo. Preceded in death by brother in law Dudley Overton and Robert Weingold.

To send sympathy gifts to the family or plant a tree in memory of James Paul Banks, please visit our tribute store.