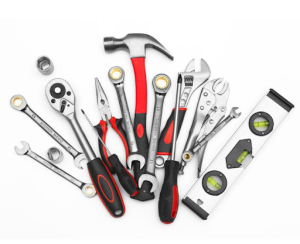 Beloved husband, father, and grandfather, Joseph W. Adams. Jr. passed away peacefully at his home on Aug. 29, 2020, surrounded by his family.

Joe was born Oct. 20, 1924 in Princeton, Indiana. He graduated from Patoka High School in 1942, and in 1943 he joined the Army Air Force. The following year he was sent to RAF Thorpe Abbotts, England, where he served, as right waist gunner on a B-17, with the 100th Bomb Group.  Upon his return in 1946, he married Jo Mowry, also from Princeton, and joined the family hardware and farm implement business, Adams and Morrow. He was later president of the Indiana Hardware Association.

Joe cared deeply for his community. He was asked to serve on the hospital board, which he did for 33 years, 10 years as chairman, and was on the board of the Gibson County Bank for over 25 years.  He also served on the school board when asked to do so by a judge who felt the board needed some help, and he was an active member of the First Presbyterian Church where he served as an elder and sang in the choir.

In 2000, when he and his wife moved to Florida, Joe brought his public service with him. He volunteered his time working at the Conservancy as a dockmaster for 20 years, served on the board of the Greater Naples Better Government Committee, and was an active member of the Naples Community Church. He also started the Pelican Bay Men’s Coffee, which began with a few men meeting for coffee at the beach, and grew to the hundreds that now crowd the Pelican Bay Community Center every Tuesday morning, where a guest speaker takes the podium.  He was selected as Pelican Bay Person of the Year for his services.

Joe was a member of the Evansville Country Club and later a long-time member of Club Pelican Bay, which he enjoyed, as well as fishing, golfing and spending time with family.  He is preceded in death by his parents Joseph Walter Adams, Sr. and Wanda Kern Adams. He is survived by his wife, Jo, of 74 years, his daughters, Jill Adams and Julie Adams McFadden, his grandson, Kern Adams McFadden, his sister Jane Adams Armstrong, and a niece and nephew. He will be deeply missed.