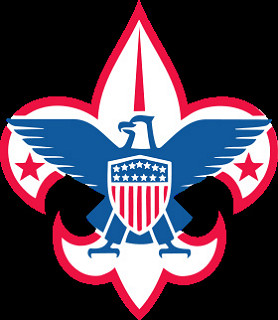 The Gambler rolled his last set of dice for his final payout.

Joel was an Air Force Brat when he was born in Occupied Japan following World War II.

Joel also lived in the Philippines and Pakistan, in sight of the Khyber Pass.  While living in Peshawar Air Station, Pakistan, Joel was the first American to earn the Boy Scouts of America Eagle Scout Medal/Badge.  At the time, he was also one of the youngest to ever earn the BSA Eagle Scout Medal.

While in high school, Joel continued his activities in the Boy Scouts and the Civil Air Patrol, receiving basic flight training and the rank of Lieutenant.

Graduating from Bossier City High School in 1967, Joel continued his education at the college level, pursuing a Bachelor’s Degree in Business Administration with a concentration in Accounting.  He initially enrolled at Louisiana Tech University, Monroe, Louisiana where he was a Tau Kappa Epsilon fraternity brother of Terry Bradshaw – yes, that dude that went on to be one of the most successful NFL Quarterbacks.

Joel ultimately graduated with Honors from Southwest Texas State University, San Marcos, Texas with his degree in accounting.  By 1977 Joel passed all parts of the Certified Public Accounting exam – on his first try!!

For the next ten years Joel excelled in the accounting industry, specializing in tax accounting, providing superb services for his accounting firm’s clients.

Then, the gambling bug hit him.  He transitioned to becoming a highly successful Day Trader with the stock market.  His successes over the next 30+ years would be envied by many.

He was also perfecting his expertise in the gambling halls of Las Vegas, Tahoe, Reno, and the various Native American Casinos.  He was exceptionally skilled at Craps and BlackJack.  Joel was frequently ‘comped’ at the Casinos-Hotels with free rooms, lines of credit, and mainliner stage and entertainment shows.

His final days were spent in his adopted residence of Naples, Florida with Ellen, his most beloved wife and Jory, his favorite ‘baby’ brother whom he helped raise and mentor into and throughout adulthood.

Joel is survived by his wife Ellen Elizabeth (Carey) Vanderburg, and his ‘little’ sister Janice (AnnieFanny) and her husband Gerald Brown.  His surviving brothers include James, Jr. and his wife Carolyn, Jeffery whose identical twin Jason died in 2019 and Jory who was often mistaken as one of the twins, essentially having the moniker as ‘The Runt Triplet’ as he was ‘identical’ to the Twins, just a little stunted.  Miss Martha Carey is Joel’s swell sister-in-law and only sibling of Ellen.  There were also a horde of nieces, nephews and cousins.  Joel was preceded by the death of his mom and dad, Jason, Sr. and mother-in-law and father-in-law.

Joel is a 1/8th blood descendant from the Kickapoo Tribe.

A Memorial Tree was planted for Joel

Join in honoring their life - plant a memorial tree